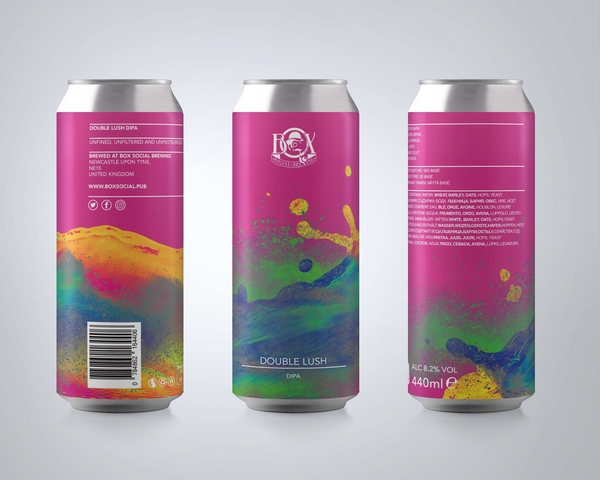 I'll try to keep this as brief as I can.

Let me begin by giving you a little overview of what we've been up to since starting our brewery here in Newcastle in 2015. We began life as a 250L brewery in the garage of my Dad's (Steve) garage. Brewing up the best beer I could on the tiny little kit I had. Once we noticed there was a demand, we began looking at how we could get our beers further afield. Eventually, we settled on a great little spot in Newburn, and purchased our 6 Barrel Brew house.

This kit did us proud over 4 years, knocking out some classics and some more 'out there' beers.

Gradually demand outgrew production and we started to look at how we could increase capacity again.

We found our new site, and ordered a new brew house. This time 15 Barrel, allowing us to almost triple our production.

Sadly with this progression, inevitably comes teething problems. To say we've had a few when scaling up to our new site would be an understatement.

Firstly, our kit was delayed almost 10 months. We have since had to continuously adapt the brewery as we try to make things work. We have struggled through the longest of brew days (some up to 26 hours) just in order to get some beer in to tank.

These last few months have quite honestly been the most stressful of my life.

However, we thought all was good after a few brews and decided that the time would be right to get our beer in to the vessel we had intended on over a year ago: the 440ml can.

We were super happy with all the beers from tank, and very excited to have our first day of canning booked in.

The day arrived, we were advised that a brand new canning line would be coming on site and that we were the first brewery ever to use this.

Now, this brings me to the title of this post.. Double Lush.

This beer was my baby, my idea, a double version of our core beer Gentleman's Nectar. 8.2% with triple the hops, double the malt and added Honey Malt for a little something extra.

I was so chuffed with how this beer tasted from tank.

Sadly, there was a problem with the canning machine. One of the seemers was out 3mm. We didn't know this at the time.

First few days.. This beer was great, and even still, some cans are tasting great. The kegs all seemed perfect.

This isn't the case though with all cans so I can only apologize to anyone who has had an oxidized or even leaking can.

I know others have also had issues with a lot of sediment or trub in the beer. This I will take responsibility for. The cooling jackets one the FVs aren't as big as i'd thought so i now know to cold crash longer.

All in all, there's been a lot of things we need to put right. Our brew team consists of myself and Calum who is our apprentice here. We have learned from our mistakes, and are taking steps to improve on these mistakes. The canning company have fixed the machine and assured us this will never happen again. Hopefully most have seen the improvements already.

We have already taken steps to recall the remaining cans of this beer, and will not be selling any more.

If you have had any issues with this beer please feel free to drop myself an email on info@boxsocial.pub or even better, call by the brewery at some point! We'd be more than happy to show you around.

I can only thank you all for your support over the past few years, and I hope you can stick by us going forward.