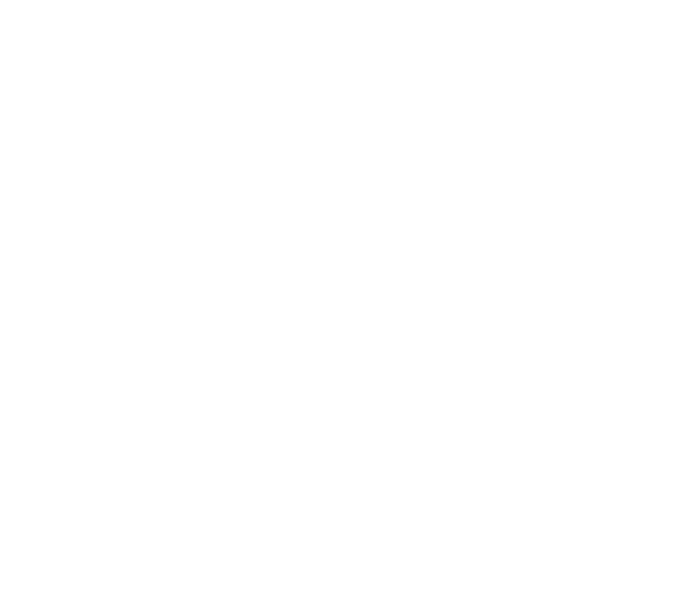 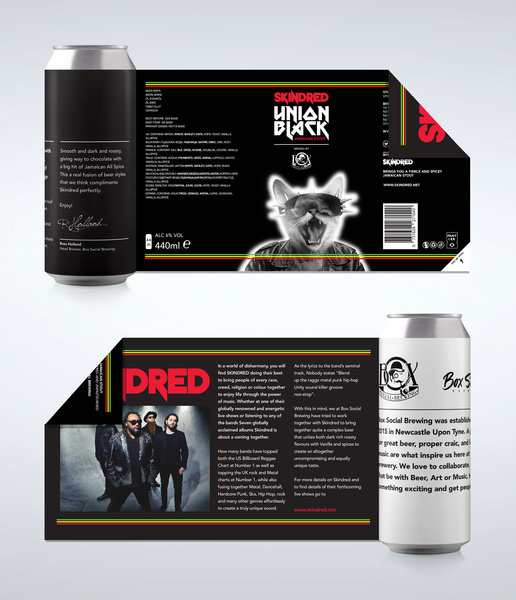 Skindred are the kind of band you just have to go and see live. They quite literally bring the roof off of any venue they play. Their fusion of music styles and creativity, alongside their idea of bringing people of all backgrounds together is what drew Ross, our Head Brewer to want to work with this iconic band.

Skindred's seamless blend of Metal, Ska, Rock, Hip Hop and more resonated with Ross, who since founding Box Social Brewing has always aimed to bring people together over a good beer. So he dropped Skindred front man, Benji a message. As he walked down to see them play their Newcastle gig, he thought about how amazing it would be to create a beer with a band, who's seven albums, he had heard dozens of times each.

Fast forward a little while and Ross was talking back and forth with Skindred and 7PM Management, working out how to make a beer that could represent the band and brewery both. Eventually, they settled on a recipe and named it "Union Black" after Skindred's fourth album. A complex, unique beer, that unites both rich roasted bitter flavours, with the sweetness of vanilla and the spice of Jamaica. The beer is a harmonious blend of different flavours, a fitting tribute to the band, uncompromising on flavour and texture, yet equally unique, inviting and open to everyone.

This beer is the perfect representation of Box Social Brewing and Skindred. And can be enjoyed by all people, together. Best enjoyed listening to their unique sound, we hope you like it. 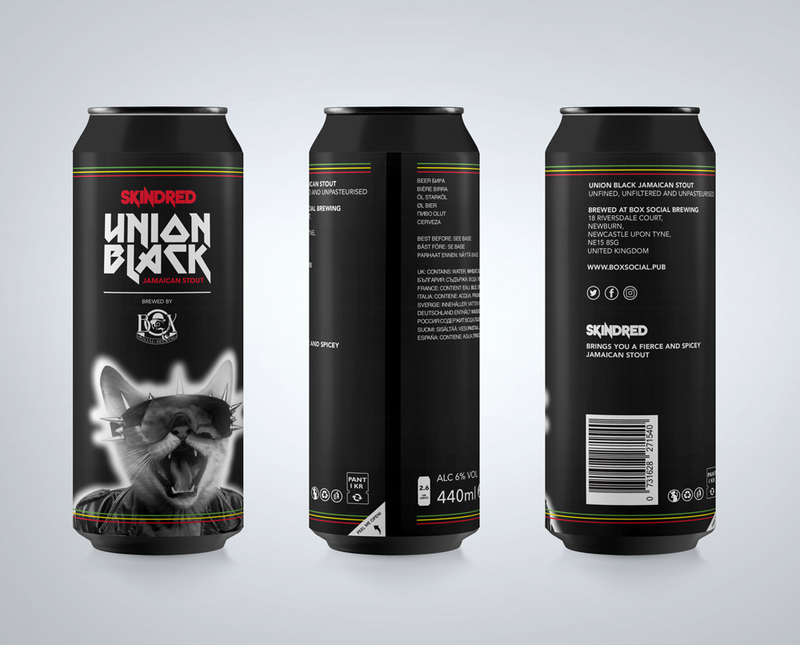 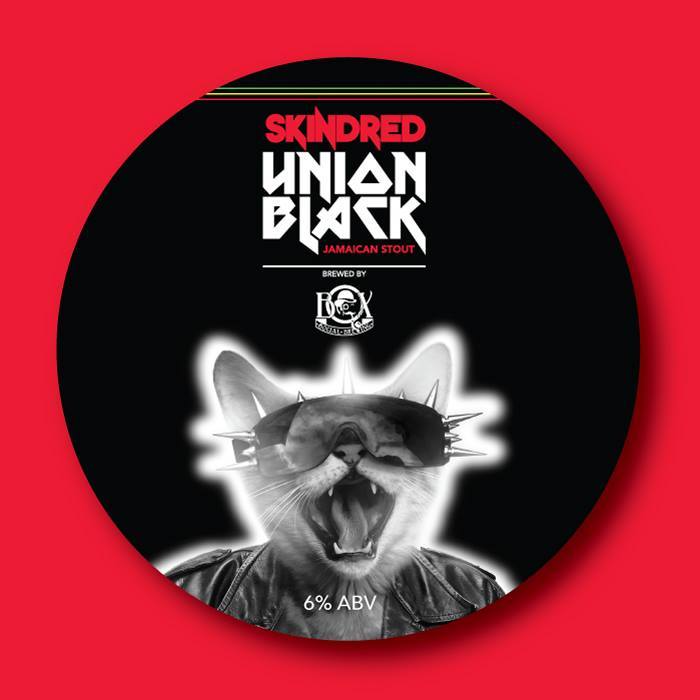